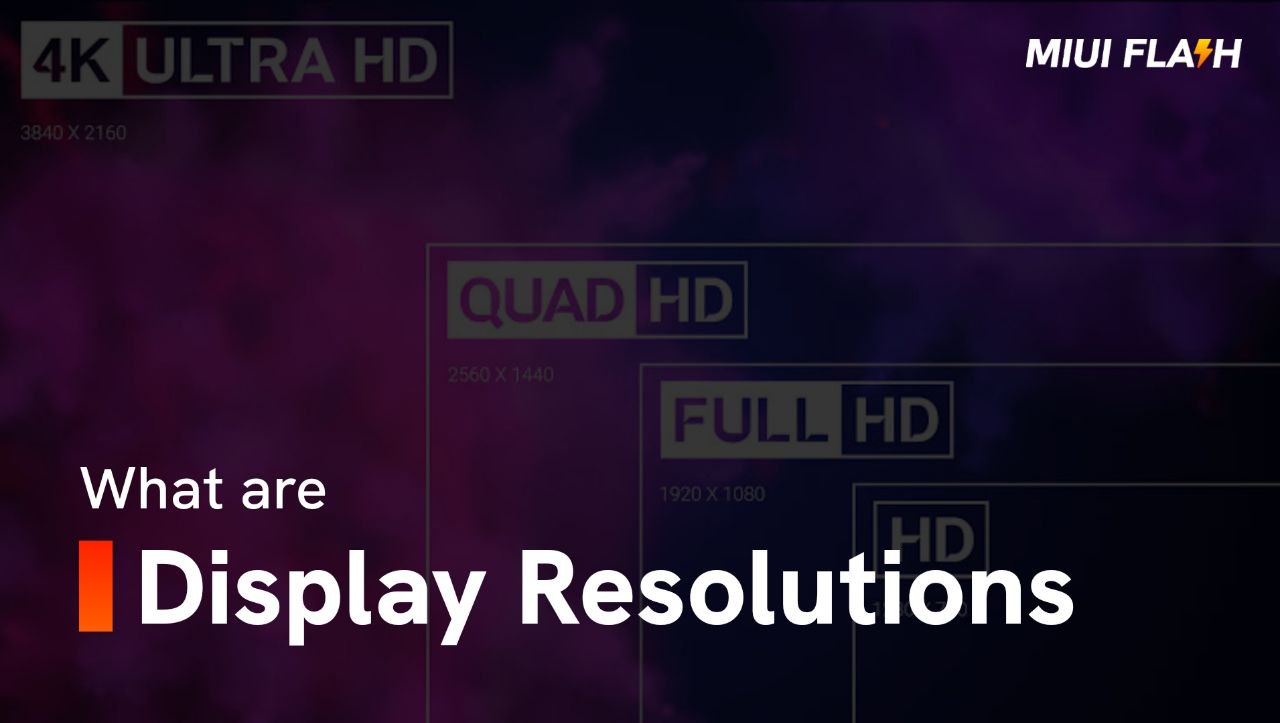 These terms are used a lot these days when it comes to anything with a digital display. These phrases and random numbers can be found on everything from 6-inch cellphones to 55-inch (or much larger) TV screens. But what exactly do they imply? What’s the difference between 2K and 4K? What exactly is the difference between qHD and QHD? Is 1080p 1K? If you’re looking for a new television, you’d be forgiven for being perplexed. This is true even when purchasing laptops or computer monitors. We thought we’d clear up some of the ambiguity surrounding screen resolution sizes by explaining the differences between qHD and QHD, HD and Full HD, and 1K, 2K, 4K, 5K, and 8K.

Before you go any further, I strongly advise you to read our comprehensive examination and explanation of smartphone display technology.

What is the definition of screen resolution?

Simply put, resolution refers to the amount of pixels on a monitor or screen. A single pixel, also known as a discrete picture element, is a little dot on the screen. The whole picture on your device’s display is often made up of millions of tiny dots. A million pixels are packed into a compact 5-inch phone with a 720p display. As a general rule, the higher the resolution, the better, however this does not guarantee that a higher resolution display will look better than a lower resolution display. Resolution is just one of many elements that come together to provide a stunning presentation. It can’t be the decisive element between a good and bad presentation on its own.

Other key considerations include dynamic range and colour reproduction. Screen resolution, on the other hand, is possibly one of the most significant display specs, especially when purchasing something larger than a smartphone. Let’s look at what the differences are between various screen resolution sizes.

Size and Resolution of the Screen

Bigger isn’t necessarily better when it comes to screens. In truth, there’s a lot more to think about than just the screen size. Screen resolution is a vital aspect in determining picture quality, and it’s crucial to understand the differences before making a purchase.

The physical dimensions of the display are referred to as screen size. The diagonal width of a screen is the most common measurement, which is represented in inches. A 24-inch monitor, for example, has a screen that is 24 inches from corner to corner.

The amount of pixels that make up the image on the screen, on the other hand, is referred to as screen resolution. The more pixels there are and the sharper the image, the higher the resolution. A 1920×1080 resolution, for example, contains 2.07 million pixels.

While screen size is a matter of personal opinion, when it comes to picture quality, resolution is more significant.

What is the significance of screen resolution?

Furthermore, screen resolution has an impact on how effectively text and images appear on your screen. Text and images may be hazy or difficult to read if the resolution is too low. This might be aggravating, making it harder to complete your tasks.

That is why it is critical to select a screen resolution that is appropriate for you and your requirements.

HD is likely the most overused and misunderstood marketing word you’ve ever heard. It’s used interchangeably with terms like Full HD, Ultra HD, Quad HD, and so on. Let’s start with the definition of HD. It means high definition, as most of us already know. The term has come to mean anything that improves on or surpasses something that came before it in terms of detail or quality. Companies like Sony, which sells audio equipment with HD audio capabilities, may even apply it in other sectors.

When it comes to displays, HD refers to the resolution of the first HD televisions. There were a few options, but the most basic was 1280 x 720 pixels, or 720p. In contrast to 720i, where the I represents for interlaced, the ‘p’ refers for progressive can. We won’t go over the difference between the ‘p’ and I because it’s a completely separate topic. However, HD is no longer HD, especially when it comes to televisions.

Quad HD, sometimes known as QHD, contains 4 million pixels. QHD has an aspect ratio of 16:9, which is considered broad, much like all HD-derived resolutions. As a result, some manufacturers like to add a W to the front and promote it as WQHD. Although it is virtually the same as QHD, the W is included to expressly state a wide aspect ratio.

In today’s Android flagship smartphones, QHD displays are fairly widespread. Because it is half the resolution of 4K, QHD is often known as 2K. However, 2K usually refers to a resolution in which the largest of the pixel measures is greater than 2000 pixels. 2K resolution is typically 2,048 x 1,080 pixels. It’s essentially a 1080p screen with a significantly larger aspect ratio. As a result, 2K isn’t quite the same as QHD, and in fact, QHD is superior.

Resolutions in 4K and UHD

It’s not your fault if you assume 4K and UHD are interchangeable terms. Companies frequently mix and match these terms. Any Blu-ray cover for a 4K movie will almost certainly have the Ultra HD designation on it. Unlike UHD, which is a consumer display and broadcast standard, 4K is not. 4K screens, which have a resolution of 4,096 x 2,160 pixels, are utilised in professional filmmaking and digital cinemas. That’s a different aspect ratio than 16:9, and it’s similar to 2K.

Resolutions in 8K and 8K UHD

A digital display or image with an 8K resolution has a width or higher pixel value of about 8000 pixels. Colors and details are vibrant thanks to the 8K resolution. According to legend, human eyes cannot detect pixels at this resolution, therefore the presented images appear exceptionally clear because no dots are seen. 8K UHD resolution displays have a 16:9 aspect ratio with a resolution of 7680 x 4320 pixels.

As more and more material is generated in 4K resolution, 4K TVs are becoming more popular. Netflix, Amazon Prime Video, and Hulu are just a few of the big streaming services that now offer 4K content. On cable and satellite television, there are a handful of dedicated 4K channels.

If you’re in the market for a new television, make sure it supports 4K resolution. The majority of contemporary TVs on the market today are 4K-ready, but it’s always worth double-checking before buying. 4K resolution provides the greatest possible viewing experience, so if you can afford it, a 4K TV is well worth the investment.

Even 8K televisions will become increasingly prevalent in 2022. This means that your favourite television episodes and films will look even better than they do now. It isn’t just about the resolution, though. Color, contrast, and detail will be enhanced, resulting in a more immersive viewing experience. So, if you’re thinking about upgrading your TV in the near future, keep an eye out for the newest models. They’ll be well worth the money.

What Smartphone Resolutions Will Be Popular in 2022?

Smartphone resolutions will be significantly greater than they are now by the second half of 2022. Resolutions of at least 4K, and potentially even 8K, are expected. When utilising smartphones for gaming, watching videos, or even browsing the web, this will provide a much more immersive experience.

By that time, 3D screens on smartphones are also anticipated to be more common. This will give games and other multimedia items an extra layer of realism. It might also open the door to new kinds of augmented reality experiences.

Overall, 2022 appears to be a really interesting year for smartphone users! We’re looking forward to seeing what the next generation of devices has in store.