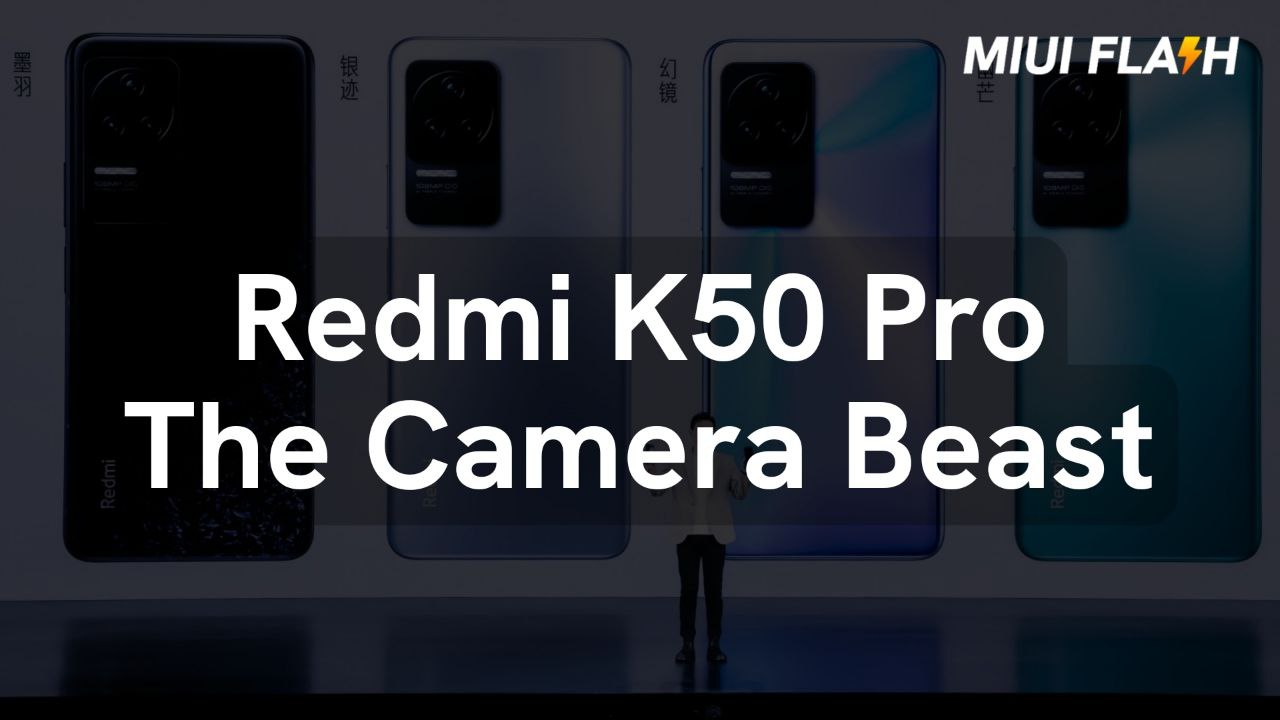 Redmi released the Redmi K50 series on March 17. The photography capabilities of the Redmi K50 Pro, the most powerful model, are ambitious. The Redmi K50 Pro sports a competitive display, a powerful flagship-class MediaTek SoC, and excellent camera features that are overly ambitious for such a low-cost phone. It has earned great sales figures from the first minutes of its sale due to its low pricing.

The Redmi K50 Pro is loaded with goodies. The vivid OLED display with 2K resolution, which is rated A+ by DisplayMate, is the most noticeable. The MediaTek Dimensity 9000 processor, which is made in TSMC’s 4nm process and is more efficient than Qualcomm’s latest chipsets, powers the Redmi K50 Pro in addition to the premier display.

Redmi’s greatest phone: the Redmi K50 Pro’s photographic capabilities will wow you!
Qualcomm’s recent overheating and stability difficulties have boosted MediaTek’s market share, and many manufacturers are now preferring MediaTek to Qualcomm. Starting with the Dimensity 1200, the resurrected MediaTek has began to develop chipsets that can compete with Qualcomm, and the most recently launched chipset, the MediaTek Dimensity 9000, is better in certain ways than the Qualcomm Snapdragon 8 Gen 1.

The Redmi K50 Pro’s MediaTek Dimensity 9000 chipset is based on the newest ArmV9 architecture. The new architecture is substantially more efficient than ArmV8 and provides higher performance while using less power. The MediaTek Dimensity 9000 chipset has three distinct cores. The first is a Cortex X2 core with a clock speed of 3.05 GHz. Three Cortex A710 cores operate at 2.85GHz, while four Cortex A510 cores operate at 1.80GHz. The Mali G710 MC10 is the GPU that comes with the chipset.

The camera arrangement on the Redmi K50 Pro is capable of producing incredibly high-quality images. The Samsung HM2 108MP sensor is the first of three camera structures on the rear. You can shoot images with a resolution of up to 108MP with the primary camera, and the f/1.9 aperture is useful for night photography. The Samsung HM2’s primary camera has a sensor size of 1/1.52 inches, which is modest when compared to 108MP sensors. The camera sensor allows video recording at up to 8K resolution, but the Redmi K50 Pro camera software does not support 8K video recording

Following the main Redmi K50 Pro camera sensor is the Sony IMX 355 8 MP camera sensor, which has a 119-degree field of view and may be used for ultra-wide-angle photography. The wide-angle sensor can shoot high-quality images, and the difference in image quality between it and the primary camera is minimal. However, when compared to other models, the resolution of 8 MP is inadequate. Wide-angle images would be considerably better if the Redmi K50 Pro had an ultra-wide-angle sensor with a resolution of 12 MP.

In the back camera configuration, there is a camera sensor that allows macro photos. Omnivision produced this camera sensor with a resolution of 2MP and an aperture of f/2.4. Despite its 2 MP resolution, the third sensor of the Redmi K50 Pro’s camera is great for macro pictures. The Redmi K50 Pro camera is great for snapping images of flowers, insects, and other small subjects.

The Redmi K50 Pro’s camera specifications are incredible. A triple camera arrangement on the back allows you to shoot fantastic images. The main camera is the Samsung HM2, a mid-range camera sensor from Samsung. In daytime, the primary rear camera may produce quite bright images; nonetheless, one should not focus solely on the camera technology. After the camera hardware, Xiaomi’s camera software is another component that influences photo quality.

When coupled with solid camera software, the Redmi K50 Pro camera hardware can produce excellent results. MIUI’s camera software has improved significantly over time and can now produce professional-looking photos. The images shot during the day are incredibly colourful, as you can see from the camera samples. Not only are the images shot during the day of good quality, but so are the photos taken with the ultra-wide-angle lens and the macro mode photos.