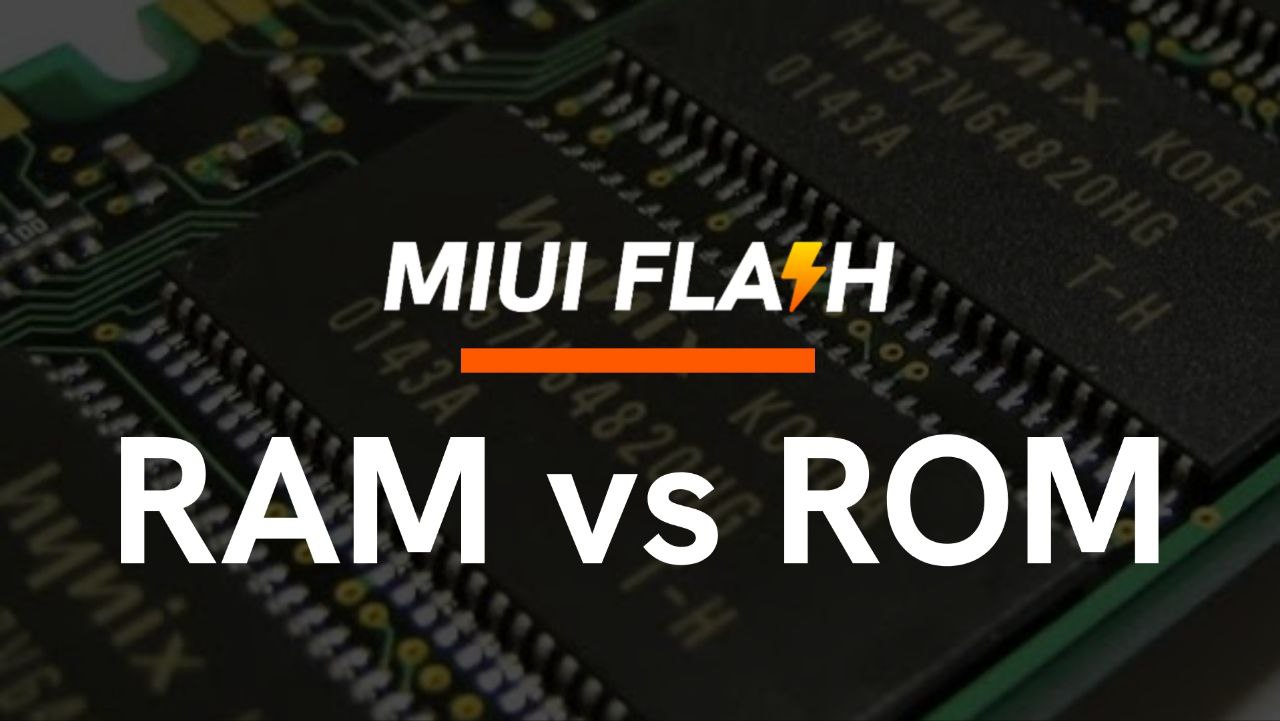 Smartphone RAM versus. ROM. How much RAM do you think you’ll need?
The memory of a smartphone consists of both RAM and ROM, and they function almost identically to that of a computer or laptop. Although the ROM on smartphones is not pure, some Developer Tools can rewrite it. As a result, the ROM in smartphones is referred to as Internal Storage. NVROM is another name for the Android ROM (Non-Volatile Read Only Memory). Let’s break down the differences between RAM and ROM.

The ROM (Read Only Memory) in your phone is where you may put all of your media, files, and games. Smartphones nowadays have ROM sizes ranging from 8GB to 256GB and even more.

RAM (Random Access Memory) is the memory on your smartphone that you use to store media, files, and games. For example, you can store a wide range of applications and games on your smartphone, which are saved in the ROM memory. When you run one of your applications or games, RAM memory is used, however when you quit the application, RAM memory is no longer used. RAM is the memory used solely for operating your apps.

How much RAM do you think you’ll need?

In today’s market, smartphones with more than 12GB RAM are accessible. Is it, however, wise to put money into them? Do you really require so much RAM in your phone? Well, that depends on the user; some people who play high-resolution games and software on their smartphones will undoubtedly want more RAM than those who solely use their smartphones for work or talking. Varying applications and games use different amounts of RAM on the device, so let’s look at how much RAM some of the most popular apps and games use:

Will the apps in my RAM have an impact on my battery life?

A free programme running in the background does not drain your battery. If you have notifications turned on in an app like Facebook, it will drain your battery because it will be talking with the server. Most Apps will not have a significant impact on your battery life, but as our Android experience has taught us, Apps cannot be trusted. If your battery backup suddenly drops, go to the battery option in the settings menu or download a battery checker software to quickly identify the problematic app and kill it using the attached tutorial.

More programmes in the RAM means better performance because the CPU won’t have to load them from internal storage again, and retrieval from RAM is faster as indicated above.

Will adding more RAM to my phone make it faster?

Increased RAM will obviously enhance speed because you can keep more apps in RAM and load them more quickly and effectively. However, if you have 512 MB RAM and are only utilising 200 MB for apps, your performance will not improve if you hypothetically add 2 GB of RAM (which is not practical). If you aren’t utilising much RAM and your performance isn’t up to par, it’s most likely due to a rogue app that is unethically abusing your system resources.

Is it possible to transfer apps to an SD card?

Some devices may allow you to transfer some (but not all) apps to the SD card after they have been installed on the internal SD card. There isn’t much you can do in this area unless your device is rooted. As a result, it’s critical to check how much internal memory will be available for you to download Apps from the box’s specifications.

So, while more RAM is required for smoother multitasking and operation of heavy applications, 8GB of RAM appears to be plenty.

Why are smartphones with more RAM being produced if 8GB of RAM is virtually sufficient for everyone?

The 8GB of RAM is fine for now; however, in the future, we will want smartphones with more RAM, since new programmes and games are being developed that will utilise more RAM on your smartphone. Because the RAM in your current smartphone cannot be changed or upgraded, you may want to explore handsets with more than 8GB of RAM.