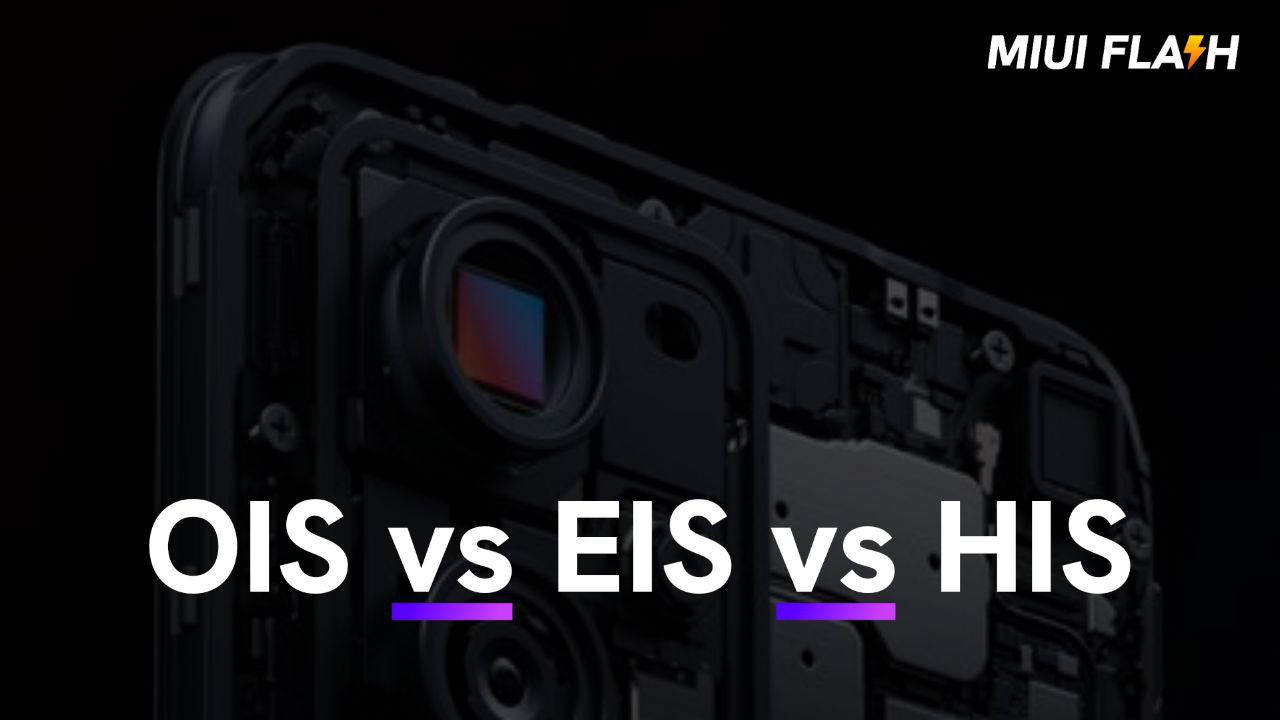 Sensors and lenses, as well as laser focusing devices, are all part of smartphone camera technology. Image stabilisation is becoming one of the most important components of a good smartphone camera.

Image stabilisation is necessary for, well, image stabilisation. Without it, your selfies and photos will be a blurry mess, and your movies will appear like they were made for an 80s B-movie. A camera’s shutter must be open in order to collect light. The tiniest movement can blur your vision while this is going on. This is especially true when the shutter is open for an extended period of time, such as when photographing in low light.

A tripod or monopod could be used to stabilise your camera. However, carrying these around isn’t always practical. In addition, there’s something special about spontaneous clips.

Image stabilisation has gone from a luxury to a necessity.

OIS is a hardware solution that detects movement and adjusts the camera system correspondingly using a micro-electromechanical system (MEMS) gyroscope. If your palm moves slightly to the left while holding your smartphone, the OIS system will detect this and shift the camera slightly to the right.

Because this is a hardware solution, there is no need to trim the image, which means the phone captures the image using the entire sensor readout. Because the jelly effect caused by digital stabilising is avoided, the result is zero-distortion footage. Because you’re not putting an effect to the footage, OIS produces significantly more natural video.

Because decent OIS technology isn’t cheap to make, it adds to the bill of materials cost, which means you’ll spend extra for an OIS-equipped smartphone, even though it’s becoming more prevalent. It also transforms the camera module’s normally stationary portion into a moving component. Although it is uncommon, moving parts in an OIS system can malfunction, just like any mechanical device.

Whether you’re capturing videos or photographs, OIS is a useful feature to have. It excels in low-light situations, when the shutter may be open for longer periods of time. Without OIS, slight hand movement can cause image blur, often known as motion blur. Slight shakes are balanced out when OIS is engaged, resulting in clearer photographs. The same is true with telephoto cameras, where little tremors are exacerbated by the much smaller field of vision.

EIS is an attempt to replicate OIS’s functionality without the need for actual hardware. This works by detecting slight motions with your smartphone’s accelerometer. The camera software interprets the movements and synchronises the frames. This is especially important in HDR and night mode procedures, where the camera takes several photos in a short period of time.

When it comes to video, the software will look for a high contrast point and try to retain it in the same portion of the frame. Machine learning is used in more current forms of EIS to detect the topic and lock the stabilisation accordingly. A major drawback of employing EIS is that minor changes in perspective can cause unnatural-looking distortion. The jelly effect is the result of this.

The crop required for the process is arguably the largest disadvantage of this stabilising approach. When EIS is activated, the readout no longer shows the full sensor. The sensor image’s boundaries are employed as a buffer zone. Within this margin, the stabilised image can be moved about while the subject remains stationary in the frame. Without the buffer zone, the image’s edges would be cut off when the stabiliser moved around.

Hybrid Image Stabilization combines both OIS and EIS, as the name implies. It’s a fantastic all-around option. After OIS provides the necessary hardware stabilisation, EIS smooths out the video footage even more. Because of the advantage of having OIS, the EIS crop factor does not need to be as high. The buffer around the image’s boundaries can be reduced, resulting in a more subtle crop and less impact on the final frame.

A hybrid system isn’t particularly useful for photos. In all of the desired conditions, the OIS component will ensure shake-free shooting. HDR, Night Mode, and multiple exposure night images all benefit from EIS.

If you’re curious about the outcomes, here’s one from Google’s Pixel 2, which was the company’s first phone to feature a hybrid OIS and EIS system.

What if Hybrid isn’t sufficient? Consider using a gimbal.

If the smoothness of your smartphone video clip is still an issue, another option is to utilise a gimbal. These are essentially big gyroscopes that keep your phone in the same orientation when balanced appropriately. The camera is moved in the opposite direction to offset the movement of your hands. However, the results are not always superior to the image stabilisation on your smartphone. However, these are excellent tools to utilise in conjunction with your phone’s OIS or EIS.

Gimbals also have the advantage of allowing you to manipulate the motors to achieve smooth pan and tilt movements. A joystick is frequently found in the handle. This will allow the user to control the movements of the gimbal. Depending on the make, model, features, and accessory kit, these gimbals can cost anywhere from $50 to $140 or more. That’s a significant sum of money, but professional mobile videographers may find it worthwhile.

Which option should you take?

The hybrid strategy is a no-brainer if you want the best of both worlds. The OIS element provides natural video stability, and the EIS element handles the rest. Thankfully, all of the main cameras on smartphones feature EIS, and the most of them also have OIS. You don’t have to worry about stabilising quality these days if you spend a respectable amount of money. Even some low-cost phones have recently taken advantage of these technology. Things like dynamic range, angle of view settings, and colour processing will all have a far greater impact on your final movie.

Choose OIS over EIS if you have to choose between the two.

If you can’t decide between OIS and EIS, buy a camera phone with a hardware-based solution. It seems less fake in video and is far more effective in still photographs. If you’re looking for a good zoom lens for your next smartphone, be sure it features OIS. Due to the greater field of view combined with EIS, ultrawide lenses do not require OIS in video modes. This implies that while there is a crop, it isn’t nearly as drastic as it would be if the focal length were longer.

You might not need a gimbal unless you want to make short videos with your phone. Hybrid IS technology is rapidly evolving. Even today’s mid-range smartphones have outstanding picture stabilisation.