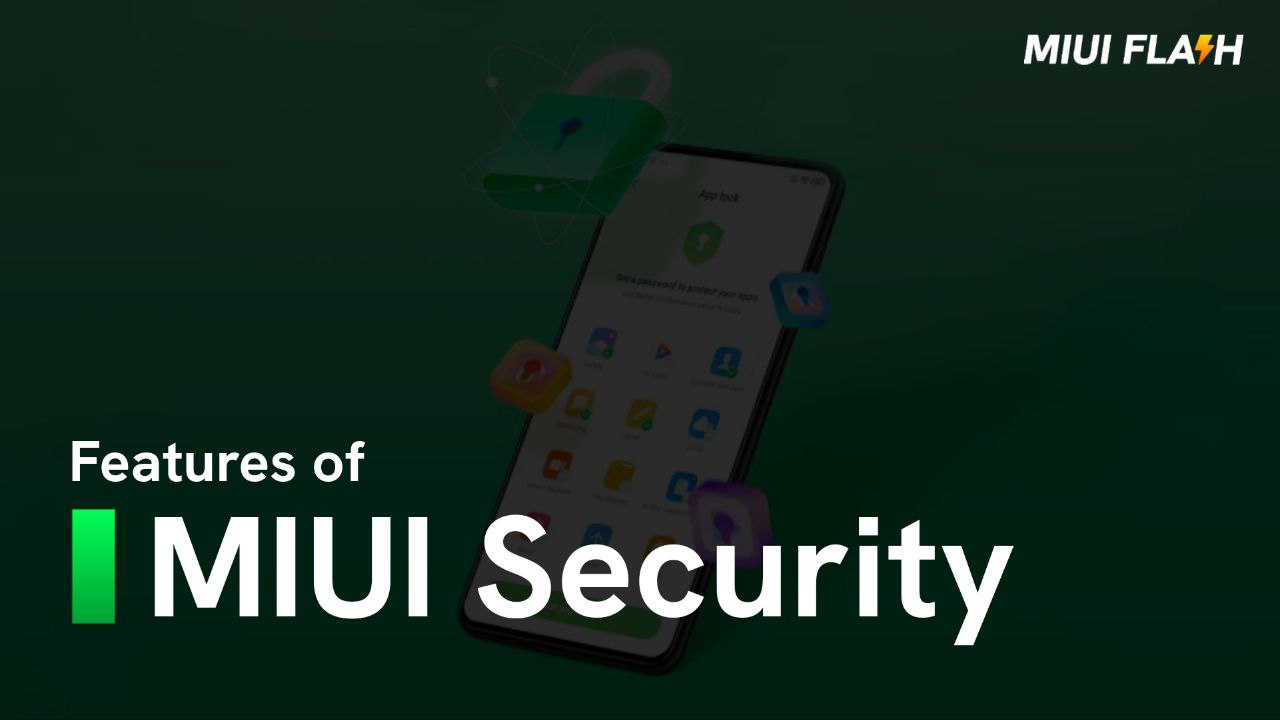 MIUI Security: Security is one of our most critical concerns these days, and we have every right to be concerned. Many of us use third-party cleaning or security apps from the Google Play Store, which might be dangerous for smartphone users. Most smartphone manufacturers do not provide a security programme to safeguard users from malicious software. Xiaomi, one of the most famous smartphone brands, has a feature bundle called MIUI Security App, which protects your device from hazardous spyware and viruses.

However, prior to the release of MIUI 10, several users were unaware that their Xiaomi devices came with a built-in MIUI Security App. It happened because MIUI 10 didn’t have many features earlier. However, with MIUI 11, the MIUI Security App has been greatly enhanced, and everyone has praised it.

Anti-Virus, Real-Time Security, Cleaner, Managers, App Lock, and many other features are included in the MIUI Security App. In comparison to all other apps available on Google Play Store, I believe MIUI Security App is the best. Let’s have a look at what this software has to offer in terms of functionality.

That’s quite a lot, right? These are the features that you will see when you first open the app. I found it difficult to enumerate all of the functions provided by the MIUI Security App, but I managed to do so. Now consider what each function accomplishes.

Yes, you read that correctly. The all-in-one optimization scans all of the necessary programmes, files, and other items. It also looks after cleaning and system security. That is, it will delete all undesirable files from your phone and check whether the phone’s main settings have been updated or not. A security or virus scan will also be performed. You won’t need to use a Cleaner App to remove unnecessary files from your phone if you do this.

This is the most important thing to do when you first start the programme.

Without a doubt, security is paramount to us. Since the release of MIUI 10, scanning has slowed, and MIUI 11 adds additional functionality to this part as well.

You can also set it to scan automatically whenever you install a new app. It regularly requests upgrades these days.

Even after installing multiple MOD and other harmfull apps like app modifier, the app has not identified any virus on my phone. I have to admit that Xiaomi has a lot of room for improvement. However, it is now better than it was previously.

The Cleaner now has a number of additional functions from MIUI 11.

Cache Files are cleaned (Cache of Apps)
Obsolete Files (ancient, inactive, or unnecessary files and folders)
Packaging (APKs or Installer Files)
Remainders (Other Rubbish Files)
Memory (RAM Cleaning etc.)
It has progressed and is now superior to third-party Cleaner Apps. You can also clean your device all at once with the thorough clean option.

4. Optimisation of the battery

The Power Optimization option examines your battery usage and disables any background apps that are eating your battery without your permission. It also examines draining apps; system app usage displays battery usage information and examines all apps and their usage.

The most significant thing it does is disable battery-draining apps, which are plenty on my smartphone.

A functional app manager that is well-organized. It will offer you the specifics of each app so you can organise them according to your needs.

Data Monitor allows you to keep track of your data usage. It constantly monitors your data usage and is available to assist you 24 hours a day, seven days a week. To see your data use, simply open your status bar.

This is a novel feature that allows you to clean your RAM and run background apps or chores. It prohibits third-party programmes from running in the background and blocks undesirable System apps from launching.

Lock apps is a new feature that allows you to lock any programme and prevent it from being stopped or terminated unless you manually delete it from the menu.

I like this feature and use it to keep my Mi Fit app running in the background because it’s required by my Mi Band 4.

App Lock allows you to lock any app for added protection. Most of your key apps can be locked with this feature. Any app that has an app lock will prompt you for a password or pattern whenever you open it. This ensures the safety of the app.

Another new feature in MIUI 11 is the ability to hide apps, which is a welcome relief.

This tool checks whether your phone’s hardware, such as the camera, speaker, and ports, are functioning properly. It’s a useful feature if you’re seeking to sell or exchange your smartphone.

Deep or advanced cleaning allows you to thoroughly clean your phone of unwanted stuff. It will organise your photos, videos, packages (APKs), files (more than 10MB), and uninstalled programmes.

The most useful feature is photo sorting. Overexposed images, screenshots, duplicate photos, and so on will be removed. The crucial files function allows you to rapidly locate the most important files (above 10mb) on your device. If the files are large or buried, it will be seen in big data.

These two capabilities of the MIUI Security App, like other cleansers, will sort through everything you get via Facebook and Whatsapp. Photos, videos, documents, and other media Everything will be organised, and you will be able to clean them quickly.

You can use the Blocklist feature to block messages and incoming calls from certain phone numbers. Xiaomi smartphones are distinguished by this feature.

Dual Apps, like Second Space, is a rather uncommon smartphone feature. Most smartphones lack this feature, but Xiaomi smartphones do. Everyone will benefit from this functionality.

This is a simple yet powerful Network Tester that uses very little data to test your network. It is not, however, a Network Speed Tester. If your system has a problem, this feature will fix it.

Xiaomi also offers Game Booster, which is a unique feature. This allows you to easily access all of your games and play them without experiencing any slowness. Well, there are other sub-features to this, and you may access them using a floating curved line on the screen’s corners.

What may Game Speed Booster be used for?

This is a brand-new feature that simply checks and diagnoses the phone in the background. This function is new and is now quite limited, but it will be updated soon.

Check out Device Security for more.

All of the features I described earlier are included in Xiaomi MIUI 11. Isn’t MIUI 11 a fantastic user interface? This distinguishes Xiaomi from the competition. The MIUI Security App is now more visible and functional. Which feature do you prefer, and why? Let us know in the comments section below.